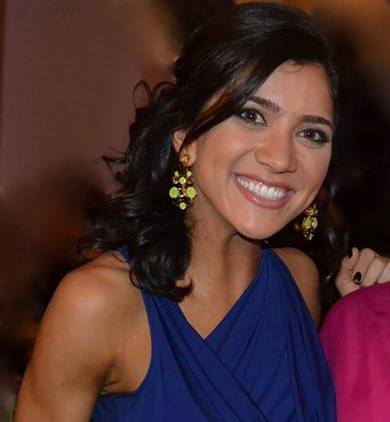 Kimberly has a Masters Degree in Secondary Education from Rutgers Graduate School of Education and a Bachelors Degree from Rutgers College in English Language and Literature. She is a teacher at Haddonfield Memorial High School with a cult following known as #TeamShakespeare. After becoming a full-time teacher in 2008, Kimberly began serving as the Youth Leadership Council (YLC) Advisor in 2009.

Kimberly's dedication and passion for creating awareness and giving back to hospitalized teens came after the passing of her best friend, Alicia DiNatale (namesake of the Alicia Rose Victorious Foundation). She started the first "Bandana Day" at her high school in 2004 with the mission to show solidarity for teens like Alicia. Once coming on as the YLC Advisor, Kimberly created the "Teens 4 Teens" program to help connect high schools with local hospitals and inspire youth to volunteer and raise awareness for teens battling cancer and other life-threatening illnesses.

“I remember Kim getting the phone call when Alicia was diagnosed. It was heartbreaking because they were only a week into their sophomore year of high school, and it did not seem possible. During Alicia’s treatment, Kim wanted to be strong for her friend and maintain that love of life that would help Alicia through the battle ahead. Even during Alicia’s treatment, they would still make dance videos. Kim would visit Alicia at the Children’s Hospital of Philadelphia often and I would go too, even though there was very little to do at the hospital. Highlights of our visits would be going to the McDonalds on the first floor, attending Bingo night on Tuesdays, painting our nails, and listening to Dave Matthews Band - anything to keep her entertained and mind off of why we were at the hospital in the first place. Kim would also be the person to keep people informed about what was happening with Alicia during her treatment. When Alicia came home from the hospital, Kim would hang out with Alicia when she was getting tutoring or try doing “normal teenage stuff” like go to the movies. I’ll never forget when Kim and Alicia went to Saturday Night Live and met actors like Jimmy Fallon. They loved this show since middle school so it was certainly a morale boost once Alicia was well enough to travel. They did their best to maintain a sense of normalcy. When Alicia got very sick toward the end, Kim continued calling and stayed positive during a difficult time for everyone.

While honoring her best friend’s life, Kim has demonstrated an unwavering commitment to the purpose of ARVF. Her strong work ethic, contagious enthusiasm, and passion for ARVF is seen in all her efforts. She empowers others to not only be aware of hospitalized teens issues but also take action.  She demonstrates humility and leads by example. She genuinely believes in the mission of ARVF and has seen the foundation impact her own students, family, and friends. She has raised awareness and improved the quality of life for hospitalized teens with her resolve to continue Alicia’s legacy.

During Teen Cancer Awareness Week 2017, I watched Kim speak with a group of teenagers at Martin Luther King Jr. Day of Service. As Kim spoke, you could see how she captivated these students who surrounded her in a circle. You could get a sense from their facial expressions that they felt moved by Kim’s words. In that circle, you felt a sense of solidarity in carrying out Alicia’s mission. When the circle broke, you could hear students talk to their friends, parents, and other adults about the foundation and how they were going to go back to their communities to spread how others can get involved. They wanted to act. Looking at those students, you got the feeling that they knew Alicia through Kim. They were empowered and Kim does that for people. She believes in the power of community and embraces the spirit of volunteerism.Kim’s commitment to her friendship with Alicia, her resolve to keep Alicia’s spirit alive by engaging teenagers and young professionals in our community through helping other hospitalized teens is genuine, enduring, and inspiring.  Above all, it is admirable.”
- Katie Dickstein, sister of Kimberly and ARVF volunteer
Upcoming Events Victorious Voice Newsletter Give