Former Eastern Regional student has powered parents to help others since her passing. Mario and Gisele DiNatale started the Alicia Rose Victorious Foundation in honor of their daughter, Alicia, after she passed away from a rare form of cancer called adenocarcinoma after finding fluid around her lungs while she was in high school in 2001. 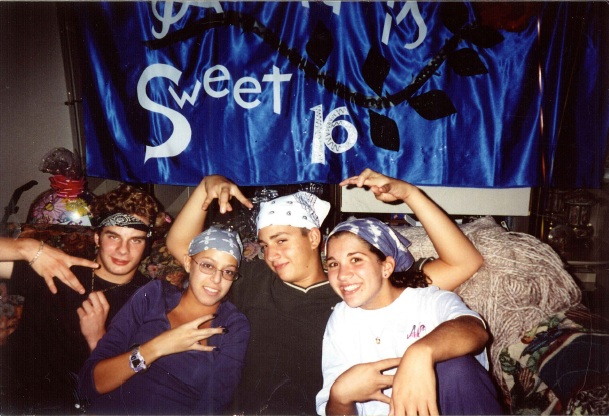 Several weeks of testing and multiple doctor and hospital visits brought the family to the consult room, where doctors told them they had diagnosed the disease Alicia had, however there was nothing they could do to cure her.

“Children do not get it, it is so very, very rare,” said Gisele. “[The doctors] said there was no road map. A road map is generally a treatment plan and things you have to get done. But they said they don’t know what or how to treat it.”

Even worse, the doctors couldn’t locate a tumor in any one part of her organs, so they were unsure what to do.

Over the next 13 months, Alicia spent time in and out of the Children’s Hospital of Pennsylvania, but continued to try to keep her sense of being a kid, according to her mom, despite the challenges she faced.

Of course being a 17-year-old kid, the illness limited her ability to do anything, quite possibly most importantly for a teenager, have a social life and have fun. Alicia would look for anything to do while basically living in the hospital at times, from finding computers to play on to finding other kids to talk to or finding books to read.

When Alicia passed in 2012, her parents were on their way to the funeral when they thought about the enormous support they were about to receive from those around them from the community, family and friends, the school, their church and more.

“We had a huge community in Voorhees and South Jersey especially,” said Gisele. “We knew that there was going to be a pouring out of ‘what can we do for this poor family that lost their child.’ So we thought we didn’t want money, even though we had a lot of bills, it wasn’t anything we could think about. We thought let’s just start a foundation, start a charity, and it’s almost like we were driven by Alicia, like ‘make sure my life means something.’”

Although they didn’t imagine the foundation would have grown to be as large and wide-reaching as it is, they figured they wanted to focus on helping those dealing with life-threatening diseases in children’s hospitals.

Their nonprofit opened approximately two months after their daughter’s passing, jumping immediately to assist others who are in children’s hospitals every day.

Now over the past 16 years, the foundation has helped to reach across the country in multiple avenues. They’ve established 65 “Teen Lounges” in hospitals fit with televisions, Xbox’s, pool tables and other similar activities for kids and teenagers.

“Our mission statement was to enhance the quality of life … for any teen,” said Gisele. “We decided we’d give [money and assistance] to programs who need it.”

The nonprofit has been able to assist teenagers in so many ways, from providing teen kits filled with supplies while in hospitals, to hosting events for those with life-threatening diseases and more.

Alicia Rose Victorious Foundation (ARVF, Corp.) is a 501(c)3 non-profit charitable organization founded in 2002. ARVF is dedicated to providing age-appropriate Victorious 4 Teens programs, for hospitalized teens and young adults, battling cancer and other life-threatening illnesses. Since inception, over $2.5m has been dedicated to Victorious 4 Teens programs, including funding 65 Teen Lounges, located at children’s hospitals in 38 states across the country. ARVF also distributes over 2000 Teen Kits & Bandana Pillows annually to hospitalized teens and young adults. For more information about ARVF and to find out how you can help hospitalized teens, visit www.victoriousfoundation.org.